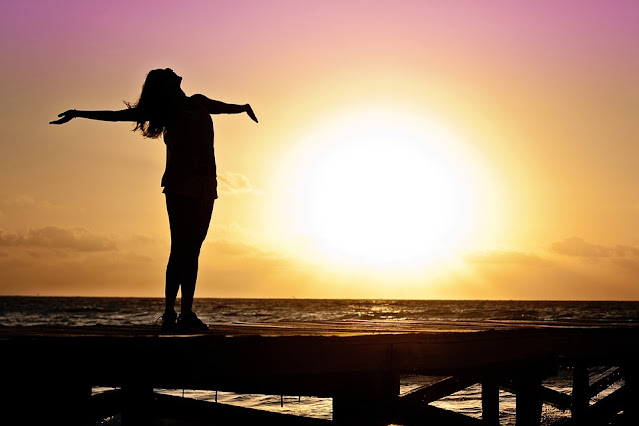 Hope you all had a wonderful holiday season.  May this new year of 2023 be inspirational, upbeat, and filled with joy.  Here is a brief recap of the shows, movies and books, which reigned supreme in 2022. 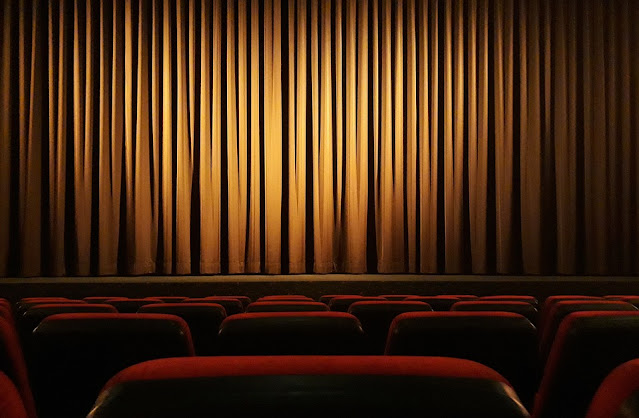 My Criteria: Was I emotional touched? Was the storyline enthralling? Were the actors believable? Was I entertained?

The Rugged Individual:  Yellowstone -  Paramount + & HBO - 5 seasons:  Yellowstone, after five seasons, remains heart pumping unforgettable.  The storyline is about the ranch, Yellowstone, and the Dutton family.  There is plenty of family drama, politics and nature that captivates.  Because of the success of the Yellowstone, there have been several successful spinoffs. Kevin Costner, John Dutton, and cast are at the top of their game.

"It's the one constant in life.  You build something worth having, someone's gonna try to take it." John Dutton

BEST SHOW - 1883 - Paramount +:  The acting performances by Tim McGraw, as James Dutton, Faith Hill, as Margaret Dutton and Angela May, as Elsa Dutton are exceptional.  Angela May, Elsa, narrates 1883 which takes place 125 years before Yellowstone.  She is incredible.  The episodes are gritty, courageous, survival of the fittest, emotional, and mesmerizing.  Script is par none.  1883 reminds us how dangerous and difficult it was to settle the west. The chances of survival were slim.  Could you, do it? Give up everything? Move across America in covered wagons and survive the elements, nature, and lawlessness?  Mark my words - you will NEVER forget this show.  Unfortunately, Hollywood, Golden Globes, snubbed this series.

"I knew nothing of the horror that hides in freedom's shadow." Elsa Dutton

Comedic Pleasure - Hacks - HBO:  2 seasons:  Jean Smart, as Deborah Vance, is an aging and beautiful comedian who needs fresh jokes.  Along comes, Hannah Enbinder, as Ava Daniels, a young struggling joke writer to save the day. Only it does not go this way.  The series is entertaining, witty and the angst of the comedic arena as she ages out.  How she survives is entertainment magic. The cast is hilarious.  Jean Smart, as Deborah Vance, steals the show.

"You have to scratch and claw and it never f-king ends.  And it doesn't get better, it just gets harder.  So don't complain to me that I'm making your life hard.  You don't even know what that means." - Deborah Vance

Water Cooler Chat: The White Lotus - HBO: 2 seasons.  Everyone is talking about The White Lotus.  If you have not seen The White Lotus, then you are missing out. Both seasons are captivating, funny, hypnotic, while filmed in gorgeous locales. The script writing is on point.  The graphic sex is too much, rather silly, and not required to tell the story.  The stand out in both seasons is Jennifer Coolidge, Tanya McQuoid, performances. Coolidge deserves all the awards.  She is so hilarious in her delivery and with her acting chops. An absolute blast to watch.

"I think most women are drips. But it's not their fault. They have a lot to be depressed about." - Tanya

Harry Potteresq: Wednesday - Netflix:  Adams family, like Harry Potter, only with a twist.  Jenna Ortega, Wednesday Adams, is likeable even though she never smiles - not once. Entertaining, light and amusing.

"This kitty has claws and I am not afraid to use them." Wednesday 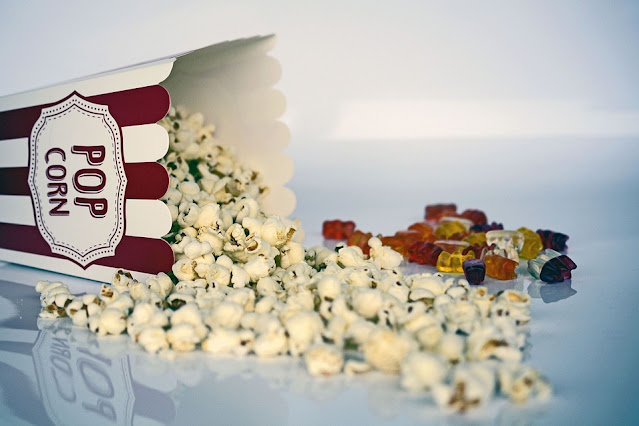 Second Round Better Than First: Top Gun: Maverick:  Start to finish gripping suspense keeping you glued to the movie.  This film was jaw dropping, witty and entertaining. It is definitely an ode to the original Top Gun (1986) movie.  If you have never seen Top Gun, then I recommend you watch first.  Tom Cruise, Maverick, has you on the edge of your seat. Additionally, Cruise is perhaps the last true movie star. Love him or hate him, he remains a movie star that has brought in over $10B to the industry. Every film is a smash hit with few exceptions. You can watch Top Gun: Maverick repeatedly.  Gross to date of Top Gun: Maverick: $1.5B.  Need I say more.  We loved to be entertained.

One Word - Breathtaking: Avatar: The Way of Water:  Breathtaking, riveting and mesmerizing.   Gross to date:  $1.4B.  Another film destined to watched many times. There is so much to take in from the movie.  The stunning beauty calls from another round of watching.

"The way of water had no beginning and no end.  Our hearts beat in the womb of the world."  Tsireya 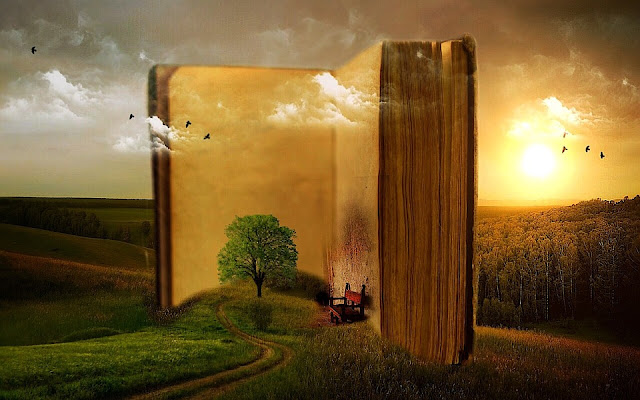 Lucinda Riley, author, books are all exceptional historical fiction.  My favorite novels in 2022 by Riley, was The Seven Sisters trilogy.  The books contain drama, a zest for life, a mysterious father, and world history. Be transported to Norway, London, Brazil, New Zealand, Ireland, Africa, Scotland and Spain.  History aficionados will drink up this series. The writing is well planned, descriptive with soaring storylines. Read The Seven Sisters in order. The final and eighth book, Atlas, The Story of Pa Salt, by Harry Whittaker explains the mystery in the series.  The book will be available on May 11, 2023, and is co-written by her son and author, Harry Whittaker.  Lucinda Riley was an avid traveler and beloved author who passed away June 11, 2021. 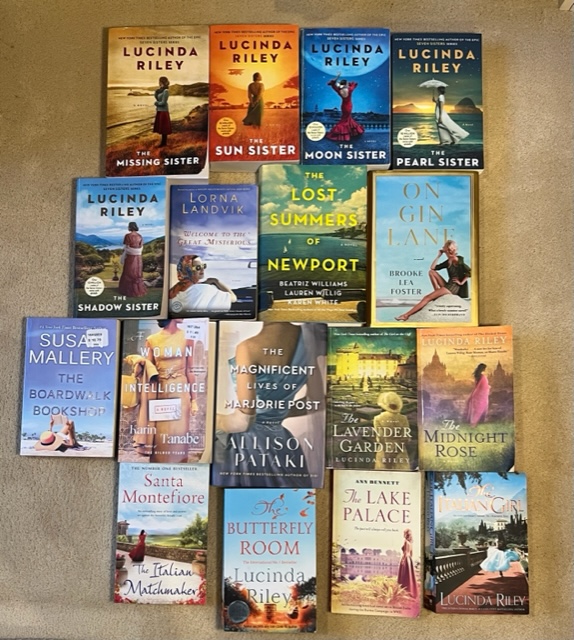 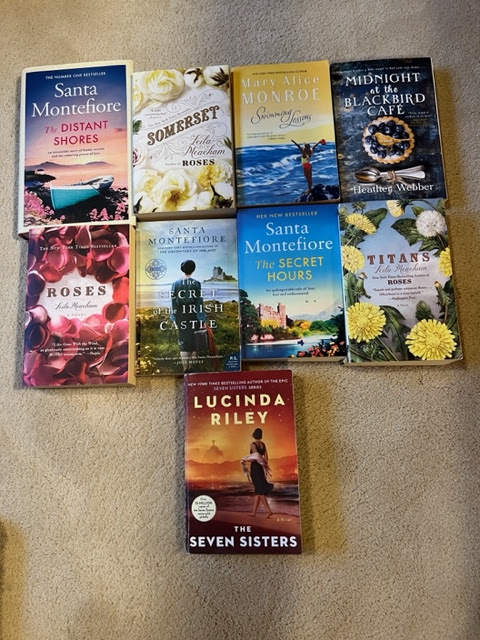 I hope you are looking forward to a bright and prosperous 2023.  Continue to be kind, and a role model to everyone you meet.  Along the way, surround yourself with supportive and loving friends.  Help those in need and keep negative energy at arm's length.  Fill the mind with positive thoughts and be a light that spreads joy.  The journey of life is a mystery and as this year unfolds, may you all find peace, health, and love.

"Every human being has a fascinating existence, with a big cast of good and evil characters in each. And almost always, somewhere along the way, magic." - Lucinda Riley, The Girl on the Cliff

Until Next Time,
Kim Hardwick